Fast food seems to be a theme in a lot of what I write. In Iconoclast, a text-based MUD I wrote most of, I spent an inordinate amount of time implementing an assortment of fast food restaurants around the city of New Aurora, both in and out of the mall food court, despite the fact that most players never bothered to visit them. Of course, there was Ninja Burger, the fictional fast food chain run entirely by ninja, which was first just a silly website, and then an RPG, and then got completely out of hand. And in my novel Blackbird, not only does the opening scene take place in a fast food restaurant, but the main characters find themselves constantly drifting back to diners, drive-ins and dives.

All of this may have some small amount to do with the fact that I’ve had fast food in my head for a very long time. According to my parents, my first solid food was McDonald’s french fries. And when it came to my first job, I didn’t have a paper route, and I didn’t mow lawns. Rather, I started working at McDonald’s when I was 14 and a half, which sounds like something out of Dickens but was actually perfectly legal in New York State. Minimum wage at the time was $3.35 an hour. I started out on Counter, with occasional forays into Drive-Thru, and then as soon as I turned 16 I got moved into Grill and became a Crew Trainer. Through it all I got to witness the rise of the McChicken, the birth of the Breakfast Burrito, and the death of the McDLT.

McDonald’s graded its stores every year, and the store I worked at scored the highest rating possible the three years I worked there. And every year, we would get personal feedback from the reviewers. When I was on Counter, people got their food promptly, change was made accurately, the tills were always 100% accurate, and the area was always spotless (ABC – Always Be Cleaning), but there was always one negative piece of feedback: I didn’t smile enough. No doubt this had something to do with them pushing me back into the Grill area as soon as they could. Before they did, however, I got to deal with the public on quite a regular basis. And not all of it was the sort of interaction that makes one inclined to smile.

When it comes to the perspective of angry customers, the film scene that comes to mind most readily when you think of horrific fast food incidents is the “I want breakfast” scene from Falling Down, which apparently is celebrating its 25th Anniversary this year. It’s not that everyone regularly acts out like that, but that so many of them seem to want to (and many do, it seems, a phenomenon I’ve been semi-documenting over on reddit in the /r/ninjaburger subreddit. There seems to be a growing correlation between fast food and violence, especially in America, and from an abstract point of view it’s not difficult to see why. People are in more of a hurry than ever before, and it’s really easy to get frustrated and angry when your fast food isn’t fast enough, or your order is inaccurate, or the store policies don’t quite meet your expectations.

This is to say nothing of the larger incidents we’ve seen in our history which were triggered by larger societal ills but played out in restaurants, like James Huberty’s 1984 “McDonald’s Massacre” in San Ysidro, CA, or Georges Hennard’s 1991 “Luby’s Shooting” in Killeen, TX. Rampage killings happen in every country but for some reason it feels so very American when it combines violence and fast food. According to urban legend, Huberty also listened to Scandal’s “The Warrior” on the radio during the shooting, adding rock-and-roll into the mix. I wonder if he ate an apple pie too. 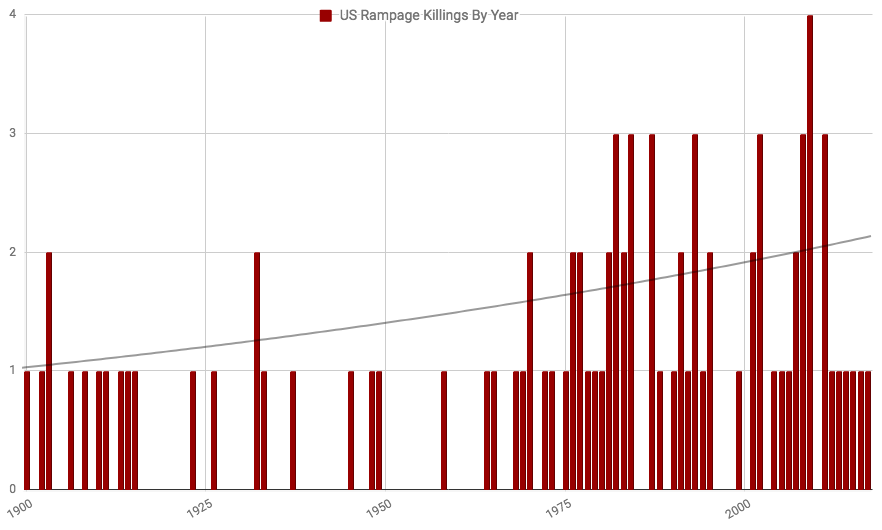 During the time I worked in fast food, there was one particular repeat customer who stood out enough to stand in for my own personal “horror story”, even though it wasn’t anything close to what Falling Down depicts or any of the rampage killings documented in salacious detail on Wikipedia. The customer in question was a Vietnam veteran, which I knew because he told me more than once, and he was in every single day to order the same thing: “a large Diet Coke with no ice, and a large cup of ice with no Diet Coke.” No doubt he saw this as a clever way to get some extra Diet Coke out of the deal. And it was no big deal, for a while. Then one day, the order came down that we were not allowed to give out extra cups for free any more–we’d have to charge an extra nickel. I was the first cashier to have to break this news to this particular customer, and the first to witness him turn a vivid shade of red as he became incensed with rage over the prospect of having to spend a nickel for something that had been free the day before. He must have ranted for several minutes before paying the nickel, informing me that he would never again return to the store, no doubt with a few obscenities thrown in for good measure.

I was 15 years old at the time. And I didn’t deserve that. But what it didn’t take long to realize was that the customer likewise felt that he didn’t deserve the treatment he was getting. From his perspective, he’d been a loyal customer, and (presumably) a loyal citizen, and all he wanted was some extra Diet Coke, or a free cup, depending on your perspective. It wasn’t like a nickel a day was going to make or break the store, or the corporation, or his pocketbook. But it wasn’t about the money, or the Diet Coke. It was for that customer about being treated (from his perspective) as something less than human. And the irony of that is that while he was ranting to defend his own humanity, he was completely failing to appreciate mine. I was as much a victim of the circumstances as he was. But in that moment, it didn’t matter. If McDonald’s was going to care about McDonald’s, he was going to care about his own needs. Who else was going to look after him, but him?

In the end, he did come back the next day, and the next. And the next. And he paid his nickels for a week, and then someone decided that it wasn’t worth his constant outrage and we reverted to letting him have his free cup of ice, and he continued to visit until (I imagine) long after I quit and moved on up my personal career ladder. When I left, we were still charging 25 cents for an extra McNugget sauce, though. You have to draw the line somewhere. 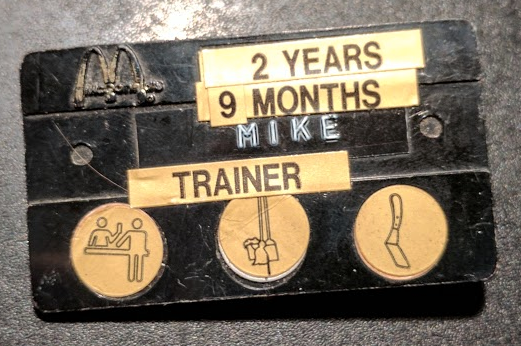 Blackbird is fictional, of course. The characters are not based off anyone in reality, and the opening scene is not intended to be set in any particular store, and I did not set out to recreate in part or in whole any real event. But the complicated relationship between stressed-out fast food customers and the people behind the counter with their all-too-often pretend smiles… there’s definitely some of that in Blackbird.

Maybe I’d still have written the same novel if I’d never worked in fast food. But maybe not. They say you write what you know, and I learned plenty in my time at McDonald’s. It’s been decades now, and I’m sure a lot has changed, but I’m equally sure that a lot has stayed the same–in particular, that occasionally interesting interplay between customer and employee. There are good customers, and bad. And there are good fast food employees, and bad. And in the muddy mess you get by mixing up various combinations of each, I think therein lies a lot of what makes America what it is. And sometimes the line between sanity and outrage is as thin as a single coin.